Since my post on legal project management, I’ve heard a lot of stories about LPM initiatives that didn’t deliver as promised. Because I argue that Agile project management is superior to traditional (or waterfall) project management for legal work, much of the discussion has focused on whether a switch to Agile techniques would improve adoption and outcomes.

This basically comes down to a “you’re doing the thing wrong” argument, and I hold to my assertion that if you plan to implement legal project management in your law department or practice, Agile is a superior option. But it also occurred to me that there is another, possibly more likely explanation for a legal team’s failure to benefit from project management: What if they’re working on the wrong thing?

Before I elaborate, let me first introduce a new tool: the Theory of Constraints.

The Theory of Constraints was developed in the 1970s and 80s by Dr. Eli Goldratt, a physics professor turned management consultant. Goldratt was at the forefront of adapting the Lean methodologies of the Toyota Production System to other industries, but he was puzzled by most businesses’ inability to achieve the same outstanding results from Lean as Toyota had demonstrated. His solution to the puzzle formed the basis for his groundbreaking theory.

The first principle of Goldratt’s Theory of Constraints is that the primary goal of every business function—every department, every workflow, every system, every process, and every policy—is the same: to earn revenue for the business. (If you’ve been following my Unified Theory of Legal Value, you’ll recall that revenue, or money, is a Resource grouped under the Benefit component of the equation Profit = Benefit – Investment.) The choice of the word “revenue” over “profit” is intentional—Goldratt believed that a major reason Lean implementations foundered outside of Toyota was that the companies who attempted Lean became too enamored with its potential for cost-control rather than its power to increase top-line revenue.

(And yes, my article on The Seven Wastes of Lawyers comes dangerously close to that trap, perhaps buffered by my assertion that Cost Control is Not the Final Answer).

The only way for a company to realize revenue, Goldratt continues, is by selling a finished product (or service) to an actual customer. Until that sale is made and paid for, everything else—raw materials, tools, technology, labor, inventory, and so on—is nothing but unreturned investment. You can try to reduce your investment, i.e. increase efficiency, but that does nothing, by itself, to help you earn more revenue.

The corollary to the single bottleneck theory, however, is that any improvements made to parts of a workflow that are not the bottleneck cannot improve the system as a whole. Improve a station upstream of the constraint and Work In Progress (sometimes called WIP) simply stacks up in front of the bottleneck. Improve a function that is downstream of the constraint and that function will remained starved for material to work on.

In fact, improving throughput at the wrong parts of a workflow might do more harm than good. Goldratt demonstrated that by focusing on localized efficiencies, that is improving the throughput of a non-critical step in a workflow, most businesses were unwittingly increasing costs for the company as a whole by creating additional WIP to burden other parts of the system.

The trick, of course, is finding the bottleneck.

I’ll explore different tools for discovering and addressing bottlenecks in a future article, but plain old trial and error can be a viable method. Tweak a part of your workflow—for example implement a new marketing cadence or improve your client intake process—and measure whether that change results in some improvement to your overall revenue. If yes, great: spend some more effort improving that area and see if you get even greater benefit. If not then try something else, or work somewhere else, and see what happens.

Although that sounds overly simplistic, It can be surprisingly effective. Many lawyers and teams I’ve worked with, once they start thinking about a single bottleneck theory, are often able to identify their high-level bottleneck (e.g. not enough sales leads, not enough closed deals, or not enough time in the day to service all of your client demand). In the early stages of a workflow improvement effort these intuitive guesses are frequently correct, and identifying possible improvements can be similarly successful.

This sort of testing—making small, incremental improvements and measuring their effects—also forms the basis of another, more recent, breakthrough business concept: The Lean Startup. But that too is a topic for another article.

Getting back to Legal Project Management: Goldratt’s teachings can be useful in the context of LPM at both a macro and a micro level. In the big picture, if the overall workflow of a legal team is constrained by something other than effective project management, then LPM initiatives will fail to improve the team’s overall business results and the effort will falter. The team would have been better off investing resources in finding and alleviating its true bottleneck.

At a project level, the Theory of Constraints actually supports my argument that Agile is superior to Waterfall for legal project management. As I mentioned earlier, one of the tell-tale signs of a workflow constraint is that Work In Progress tends to stack up ahead of the bottleneck. Find a bunch of unfinished work, and you’ve probably found your constraint. But in a waterfall project, when different work teams are involved in the project planning and get to sign-off on timelines, those in charge of the bottleneck are often allowed to pad their deadlines to account for their low throughput. This serves to mask the constraint without doing anything to address it.

Most Agile projects, on the other hand, use visual workflow tools like a Kanban Board to depict and monitor progress. Rather than hiding a constraint, visual management tends to expose and highlight otherwise hidden bottlenecks. This is because Work In Progress, especially in a service industry or with knowledge workers like lawyers, can be difficult to see on its own. But Kanban cards become a physical representation of otherwise ethereal work, and the WIP becomes as apparent on the card wall as it would be on a factory floor.

So before you embark on any sort of legal operations improvement program—not just a project management effort—ask yourself whether you’re working on the right thing, since that is even more important than doing the thing right. If you’re not sure, or if you’d like to learn more about how to identify and address your bottlenecks, I love talking about this stuff and would be happy to discuss it with you. Feel free to contact me or tweet to @JEGrant3 to start a conversation. 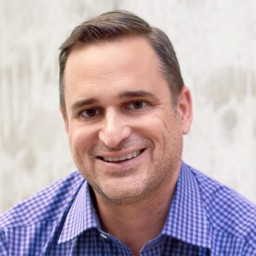