Category Archives for "Future of Law"

Here’s how it came to be:I was at ABA Techshow a few weeks ago watching Jess Birken & Charity Anastasio deliver a talk about Kanban for Lawyers, which I think is great. My goal has always been to start a movement around Agile tools for legal professionals, so I love that others are spreading the gospel. Jordan Couch was in the room, who has also been teaching Kanban a fair bit lately. Here’s the thing: I know I taught Kanban to Jess and Jordan, and I’m pretty sure Jordan taught Charity (or maybe it was Greg McLawsen, I’m not sure).So I was standing in the back with the amazing Aastha Madaan (also an agile attorney) and I jokingly whispered to her, “I should start a video library of other people teaching my stuff.” Her response surprised me: Continue reading

If you’re gonna be in the Portland area on Thursday February 8, I’d love to see you at our Legal Innovation & Technology Meetup. (We’re a division of Legal Hackers, but we have a complicated history with the name 😉 )

We’ll be hearing from at least a couple of the Three Matts behind Tali, a voice-assistant-powered time-tracking tool that integrates with Clio and a growing number of other tools.

Think “Alexa, tell Tali to log .8 hours on the Jones matter.” Bob Ambrogi has a good write-up of the product at his Law Sites Blog, as does Malia Spencer over at the Portland Business Journal.

According to Rick Turoczy at Silicon Florist, Tali just got accepted into the SXSW Accelerator program, so now is a good time to get in on their origin story before they get HUGE!

RSVP over on our Meetup page.

Return visitors will notice that this site is substantially stripped down from its previous version. The old version had become something of a Frankenstein’s monster, (or maybe more of a Winchester Mystery House), full of partially implemented features based on incomplete ideas.

Turns out I was violating two of my own maxims:

Instead, I’ve gone back to a Minimum Viable Product approach: What is the most basic thing I can do to accomplish my goals and lay the groundwork for a feedback loop of continuous improvement?

My goals for this site are to:

That’s it. I may add more goals later, and I will likely experiment on new and better ways to accomplish my goals. But I think this simple website satisfies my current goals in at least a minimally viable way.

(And, frankly, I think it does a far better job of it than my old site, for which I paid a fair amount of money and invested a better-than-fair amount of effort. But rather than succumb to the sunk cost fallacy, I’ve decided to scrap it and start fresh. Again. And again.)

Agree? Disagree? Want to know about how to implement a Lean Startup Approach to elements of your own practice? Good. Let’s start that conversation so I can get my feedback loop going.

A call for bold action to address A2J

I’ve been honored to serve as Chair of the Innovations Committee of the Oregon Bar’s Futures Task Force for the past several months. Convened in two parts, a Regulatory Committee and an Innovation Committee, the Bar’s Board of Governors commissioned the Task Force to “Examine how the Oregon State Bar can best protect the public and support lawyers’ professional development in the face of the rapid evolution of the manner in which legal services are obtained and delivered.”

After much work and careful deliberation, the Task Force’s findings and recommendations are in. They call for the Bar to take bold action, both through regulatory reform and improved business practices, to embrace and leverage innovation to address the (growing) access to justice gap as well as to build new and sustainable models for modern legal practice.

I’ll address many of these findings and recommendations in detail in future posts, but a few highlights:Continue reading

Did lawyers (unintentionally) sway the election? 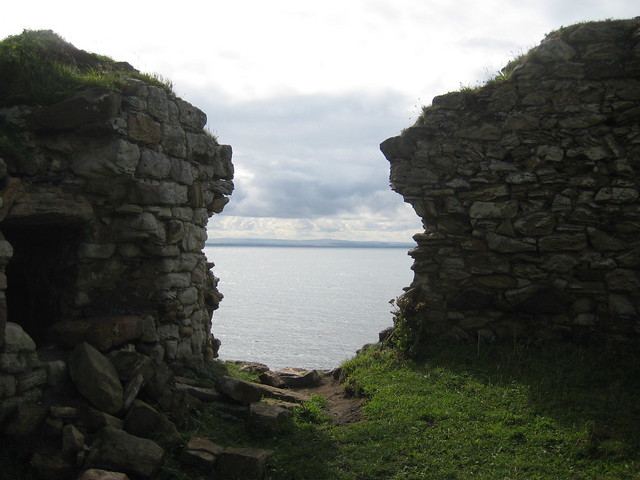 The following is a post I made on Facebook shortly after the November 2016 election. It is something of a quick-take, but I think the ideas below—especially:

are worth setting forth. I welcome any and all comments and criticisms to these thoughts, and you can see what others have said at the original Facebook link (which I’ve made public). I also hit on some of these topics at the October PDX Legal Hackers Meetup, which you can watch on YouTube.

I don’t often mix the professional with the personal on FB, but since so many people are inspired to action this week I’m going to make an exception. Lawyer friends, this is especially for you.Continue reading

Thoughts on Agile for the kCura blog

I did an interview last month for the Relativity Blog from the folks at eDiscovery software provider kCura. If you’ve been following this blog you probably won’t find much that’s new, but it is still nice to see Agile gaining more mainstream traction. And, if you’re a Relativity user, you might be interested in this cool little app from NSerio, a software development agency that helps law firms customize their Relativity instances. It allows you to build a custom Kanban interface to manage your eDiscovery efforts within the tool.
[youtube https://www.youtube.com/watch?v=icyXjaMsI0s]

Hi all. I’m making a few changes to the site, including moving away from a somewhat expensive hosting platform that I wasn’t really harnessing the power of. So it’s back to WordPress for now (and a really basic version at that, also for now).

If you’re looking for a post that you can’t find, please don’t hesitate to contact me and I’ll steer you in the right direction.

Happy Blogaversary to Me

Wow, blogaversary is a terrible word, but a good time for reflection nonetheless.

I started the Legal Value Theory blog a year ago as a place to capture my thoughts around the nature of legal value and occasionally express my frustrations around the perceived lack of value in our industry. At the time I had a dual role working for a mid-sized consulting firm, spending most of my time as a business consultant on client projects but also acting as in-house counsel for the firm.

Wearing two hats gave me an interesting perspective on the nature of legal work and operations. Continue reading

A quick heads up: I’m about to try to move this blog to a new home. I’m keeping the Legal Value Theory moniker but moving the blog itself to my new website at agileattorney.com. The new site is also powered by WordPress and their transfer tools are pretty good, but there’s always a chance of something getting lost in the shuffle.

If you have any trouble accessing the blog or any permalinks, please let me know.

I’ll also be adding a bunch of new content soon (I’ve been focused on getting the new site up and running and have neglected the blog itself), so stay tuned!

I feel like like I’ve been reviewing a lot of painfully one-sided contract clauses lately, so I was pleasantly surprised when I came across this little beauty. Indemnification is something everyone looks for, especially for IP, so it always baffles me when I wind up going round and round with opposing counsel trying to make indemnifications flow both ways: You cover me for the things you bring to the relationship, and I’ll cover you for the things I bring. Why is this so hard?

I could quibble with a few of the word choices below, but overall it is a comprehensive yet simple and balanced indemnification clause. So I thought I’d share.Continue reading

Introducing My First Online Course
Feb 8 Legal Innovation Meetup featuring Tali.
Return to Minimally Viable
A call for bold action to address A2J
Did lawyers (unintentionally) sway the election?
Thoughts on Agile for the kCura blog
Pardon the dust…
Happy Blogaversary to Me
Making a move…
Closing the Chapter on the Legal Hackers Trademark